The Importance Of Quick Exhaust Valves In Automation

Quick exhaust valves are incredibly useful fittings that can be used in various industries to speed up the cycle time of a pneumatic cylinder. They accomplish this by directing air exiting the pneumatic cylinder into the atmosphere rather than allowing it to slow down as it passes back through the valve.

A quick exhaust valve in a cylinder application is a straightforward shuttle valve. This valve enables air to be directed to the atmosphere from a cylinder rather than flowing back through the directional valve.

While altering the air release may seem like a small change, the effects on performance can be significant. Pneumatic systems can benefit from quick exhaust valves because the quick exhaust reduces wasted energy, all of these are realized without sacrificing performance. This results in savings in both energy consumption and component wear.

Where the incoming pressure can overcome the load’s resistance determines the cylinder’s speed. But that resistance has a secret force operating within it. That force is what is required to expel the air from the piston’s other end. The tubing and directional valve constrain this outgoing air until it reaches the exhaust port. When attempting to stop a cylinder from moving, this resistance is beneficial. This exhaust air is metered by flow control valves, which regulate the cylinder’s speed.

However, not all applications need this metering. In these applications, enhancing the system’s airflow will speed up the cycle. The output of a machine can change significantly with even a 10% increase in cylinder speed. Determine whether the increased speed will strain the cylinder or push other components past their safe and reliable limits because this speed can be destructive.

The force needed on a cylinder’s incoming side can be decreased by installing a quick exhaust valve on a cylinder port. Additionally, this may lower the pressure on the incoming side. Savings from these parts aren’t immediately apparent because the application continues to use compressor-supplied incoming air. Reducing the amount of energy used during each cycle results in savings. Although the change from 90 psi to 60 psi is negligible, most pneumatic applications have a high cycle rate. Small per-cycle savings multiplied by the high cycle rate result in significant long-term savings. Lower compressor requirements can save thousands of dollars in energy costs, as well as money on maintenance and compressor capacity

The flow needed to deliver incoming air to the cylinder and outgoing air to the exhaust port determines the size of the pneumatic valve. The exhaust air is frequently the limiting factor for valve size. This is especially true during a cylinder’s return stroke, when the piston’s incoming area is smaller than its outgoing area. Because the rod occupies some of the space, more air flows out of the returning cylinder than entering it. It is possible to use a smaller valve in the application when the exhaust air is routed to the atmosphere first.

A quick exhaust valve is useful in several different industrial situations. They are primarily used to speed up the process in offshore, chemical, oil and gas, and refinery applications. Rapid retraction is essential when a double acting pneumatic cylinder is being used. In this situation, quick exhaust valves typically have a higher capacity than four-way control valves, which are frequently used. This raises cylinder speed and makes it possible to use a less expensive, smaller control valve.

We at SEAL EXCEL have a selection of quick exhaust valves that can be used to satisfy various requirements across various industries. Our robust valves guarantee a quick cycle return and are produced to the highest industry standards. Contact us for more information. 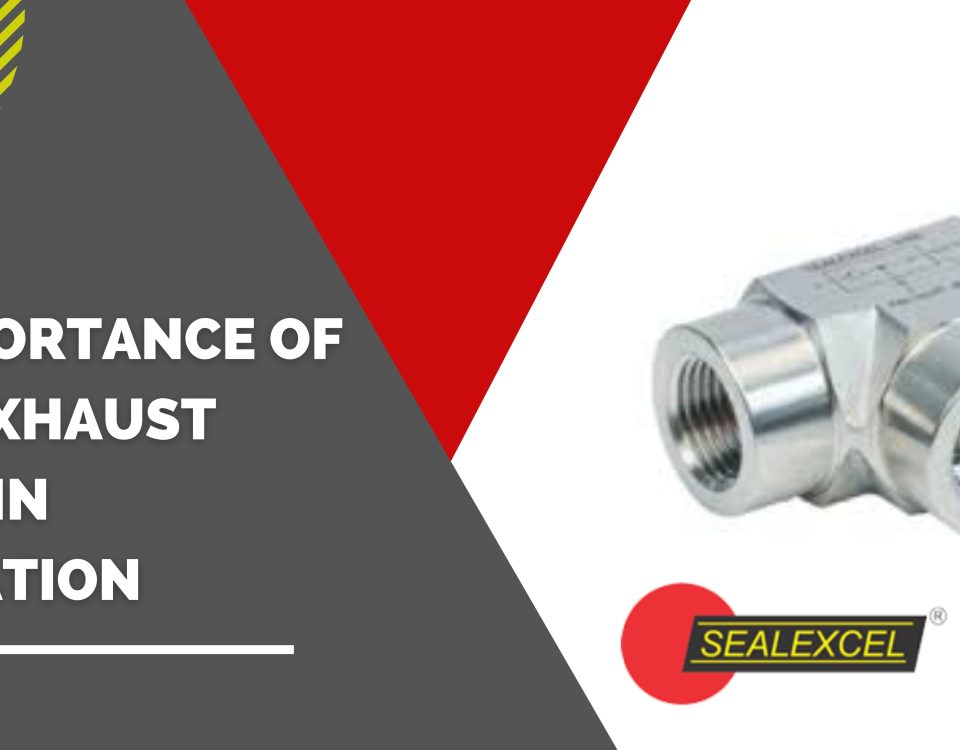 The Importance Of Quick Exhaust Valves In Automation

How to Bleed a Radiator with the Help of Hot Water Bleed Valves?